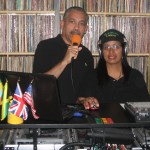 Olivia and Lorin host Funtastic Fridays every first Friday of the month.

Lorin – My initiation into music started in 1960 at age three when my cousin took me (and my brother Vaughan who is twenty months older) to the Carib Theatre to see Sammy Davis, Jr perform.  “Needless to say I have no recollection of that show.”  By 1963 our interest shifted to records and we started visiting Times Store on King Street.  Our first acquisitions were Stranger Cole – Rough and Tough; Alton and The Flames – Dance Crasher; Elvis Presley – Return to Sender; and Sam Cooke – Bring it on Home to Me.  Records that I still have to this day.

My early years growing up in the Lyndhurst Road area, walking distance from the Carib Theater, allowed us to be regulars at the various stage shows there.  In 1965 we were fortunate to see Chuck Jackson and Billy Stewart perform.

In the early seventies Vaughan and his friends started playing at parties, with their system and records being stored at our home.  The group disbanded in 1974, and I assumed ownership of the records and started my own disco, The Mach, along with a close friend Lorren, in 1975.  That same year Vaughan migrated to New York and became my source for R&B and soul records through 1984, the year that I migrated to Miami.

During the seventies I was fortunate to observe first hand some of the great selectors from some of the big dub sound systems such as, King Tubby’s, Tippa Tone, Arrows, Emperor Faith as well as the big soul sounds – Stan the Soul Merchant, Gemini, and Sana Tone.  Also, as a resident of Havendale during this time, there were parties every weekend which allowed us to experience  some of the neighborhood’s great sounds – the most influential being Augustus Pablo’s Rockers Disco and Phillip Smart’s Soul Distinction.  Whenever we partied outside the neighborhood, we would sometimes slip into the Turntable Club on Red Hills Road to listen to Merritone on our way home. 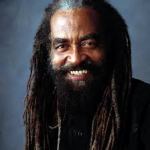 Olivia – Loves the soothing effect of Soul Music. Her love for music dates back to her childhood years while listening to her parents playing their records, as well as listening to the radio everyday – especially on Sunday evenings. Olivia started collecting the hits of the day during her high school years. She is quick to tell you “I remember hearing that song on the radio when I was a young girl.” She enjoys reggae and one of the musical highlights of her teenage years was when Channel One played at her sweet sixteen birthday party.  Her IPod (which is constantly being updated) is her companion during her daily commute and at work, she is always making note of what she wants to play on the next show.  Olivia is very serious about unearthing music that is new to her.  Her introduction as a DJ came in 2010 when Lorin sustained a soccer injury the day before one of their First Friday MeadhavenLinkup internet shows.  Olivia volunteered to be the DJ for the night, and with a crash course on the mixer and turntables, she was so well received that she is now an irreplaceable component of the duo. 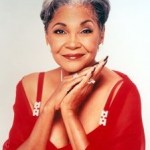 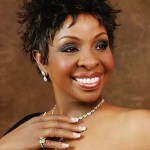 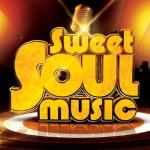 Favorite Record: Neither One of Us 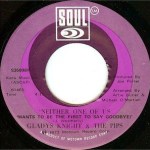