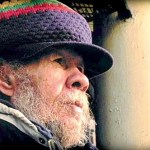 BY Howard Campbell Observer senior writer
TROMBONIST Rico Rodriquez, who died September 4 in London at age 80, was a versatile musician who made an impact in Jamaica and the United Kingdom where he lived for over 45 years. The Kingston born musician played on a number of ground breaking songs in both countries. These include Oh Carolina by the Ffolkes Brothers, Prince Buster’s Wash Wash, and Rudy A Message to You, a big hit in England in 1967 for Jamaican singer Dandy Livingston. Rodriquez, who attended the Alpha Boys’ School in Kingston where he learned music, moved to the UK in the early 1960s. There, he recorded for several producers as ska and blue beat grew in popularity. In the 1970s, he maintained a presence on the country’s music scene, recording with hip British bands like The Specials whose cover of Rudy A Message To You he played on.
“Rico had a massive impact on British music. He was a big part of helping Jamaican music to become established in Britain during the early years,” said David Katz, an American musicologist who lives in London. “He played on much of the early reggae recordings made in Britain; at the same time, he enjoyed popularity as a solo artiste, releasing albums under his own name from 1969, such as Blow Your Horn.” The Rodriquez standard was Man From Wareika, a jazz-reggae album he recorded in Jamaica and London. Released in 1977 by noted jazz label, Blue Note, Man From Wareika is considered one of Jamaican music’s great works. For most of the last 20 years, Rodriquez played with the multi-faceted Jools Holland Rhythm and Blues Orchestra.
For his impact on the British music scene, Rodriquez was awarded an MBE in 2007. He never received a natIonal award from Jamaica. In 2012, the Institute of Jamaica awarded him a Silver Musgrave Medal for his contribution to the development of the country’s music. Rico Rodriquez is survived by his wife Tracey and several children.